Why Our Daughter is Skipping College

It is prom day in our town and it is before 9:00 am.  I am up cleaning around the house and walk by  my oldest daughter's room.  She has a studio folding chair set up in the middle of her bedroom (that she won in showmanship at our local livestock show this year) and is doing prom makeup for one of her classmates.  I try not to linger at her door with flashbacks of Barbies and playing school with her friends.  I also fight the urge to go plop down on her bed and insert myself in every single aspect of her life. She looks so natural, carrying on conversation and stepping back to check her work.

I think her dad had big dreams of her going into some sort of Agriculture marketing field after high  school.  I had long pictured the scene of dropping her off at a college dorm room the way my parents did me, crying all the way home from leaving her, but being so excited for the experiences she would have.  Sis has sailed through school.  I cannot even remember the last time I saw her have to study for anything and the biggest hurdle at parent teacher conferences was once in 3rd grade when her teacher told us she might be a little "too self-confident."  This is the kid who was carrying on full conversations with adults at 2 years old, saying things like "actually..." and matter-of-factly telling everyone she was "twenty" when asked her age.  (Incidentally, when she turned three, it became, "twenty-one.")  Academia has never been a struggle for her, and her father and I, having been raised in the era of "go to college or you are doomed to a life of destitution," just assumed college was the next step for her after high school.

Along the way she mentioned cosmetology school here and there, and I suggested maybe she get that license before college because that would be a great job to have while going to school!  I watched her for about a year, struggling to decide what she wanted to major in so she could decide which schools she really wanted to look at.  She went back and forth on what she might want to do and I saw her naming various jobs in the medical field with a complete lack of zeal.  Finally, at one point last year we sat her down and told her she was going to have to figure out what direction she wanted to head after high school.  Of course, we made sure she knew she didn't have to have it all figured out just yet, but it was time to start applying to schools!  I sat across the table from her, watching her fight tears.  I finally said, "Sissy, if you could do ANYTHING at all, what would it be?"  The tears started flowing as she admitted all she really wanted to do is cosmetology.

And, there it was.  I cannot even count the number of times I've heard my husband tell my children the importance of taking school seriously so they can "do something they love to do, not something they have to do" for their career.  My husband  has a good job that pays the bills and he does not hate it!  But, it isn't his passion.  I, on the other hand, have a job that is absolutely my passion and if someone came to me right now and handed me cash enough to not have to work, I wouldn't be able to accept.  I genuinely love what I do.  And, isn't that what we really want for our children at the end of the day; their  happiness? 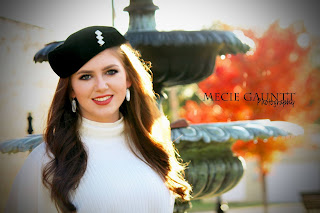 So, we switched gears from college to trade school and my daughter is so excited about life after high school now.  I've had to really switch my mindset from so much of the stigma that has been  associated with not having a college degree.  Truth time?  It was hard for me at first when people would ask where she was going to college.  Saying "Cosmetology School" felt different than "XYZ University."  However, the more I have thought about it and learned about the investment vs. income ratios between college degrees and trades, the more on board I am!  Also, if I take a hard look at my super smart daughter, I have to wonder if she is really traditional college material.  This is the kid who refused to take A.P. classes in High School because it is, and I quote, "just more work."  The National Honor Society membership that had been like a badge of honor for me in High School was not anything  she was remotely interested in.  She hates things to be too routine, she loves to be creative, she would hate sitting and listening to lectures (something I actually love), and if I'm being real honest about this precious human I adore, she isn't really into things she has to work super hard at to be successful.  She's always leaned more towards things she just has a natural ability at (luckily for her, that list is pretty long).  College is hard.  College is a long, grueling 4-6 years of hard work.  College was for me! College is worth it if it leads you to what you want to do.  (Despite the loans I will be paying on until I die.)  College is not for my daughter.  Not right now.
The bottom line, though, is that cosmetology school is still school! She will still have to work hard this next year. She will just get to work hard at something she loves and in a hands-on, exciting, fun environment. Also, she'll get to start her business and her income a lot sooner with so much of the financial investment going towards the tools she'll need for her trade. Choosing a trade school doesn't mean you're not as intelligent or that you can't hack it in school. Take it from my straight A student.

Sometimes it is still hard to see how many scholarships and how much more help she could have gotten for college versus cosmetology school, especially if she had gone into an agriculture field after her years in 4H and FFA.  But, I also look at how those programs have prepared her to run her own business.  I've watched her over the years learn about being a servant to her peers and her community.  I've watched her invest money in her projects, sell her own animals, network, be willing to work harder than everyone around her, wake up before daylight, put in long hours, sacrifice her own wants, and I've even seen her take some losses without giving up.  I have no doubt this industry has prepared her to be incredibly successful in her career of choice.  Looking at her up early on prom day doing someone else's makeup is proof of that!

And, if she can cut cattle and pig hair...  humans should be no problem for her! 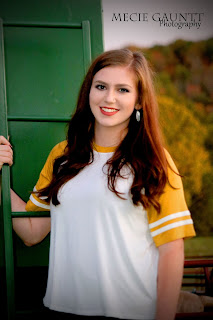