She was 8 years old when she attended her first Premium Sale. She was not an exhibitor, but we had just purchased her first heifer and we took her to see what it was all about. She held the thank you basket for a family friend who had made the sale, wearing her best version of Western attire. You see, she wasn't born into this industry so her show attire was limited. She and I both were adopted into it.
She was also adopted into my husband's family. We married when she was 7, but she was his in his heart long before that. We moved her into the middle of a pasture of cattle and when my husband and his dad started her on this showing adventure I was more than skeptical. Neither of us even owned a pair of boots back then. I assumed her livestock showing career would be short lived. 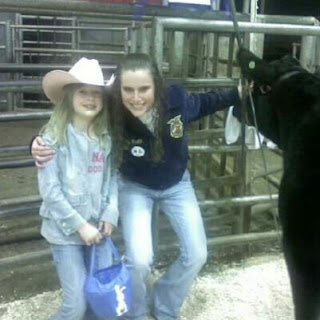 My husband grew up in the stock show, agriculture world, but I most certainly did not. To say I felt completely out of place is an understatement! We show in the same town we grew up in with the same people who grew up showing with my husband. It was a tight knit little group and sometimes my introverted self wasn't quite sure how to effectively insert myself into it, with my decorative rain boots (not the rubber barn boots I have now) and limited knowledge of what the heck was even going on. I had pictured myself parenting from the sidelines of a ball field or dance studio, not a livestock show arena! I had never dreamed of attending livestock booster club meetings; I didn't know that even existed. 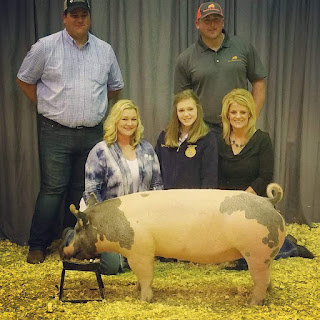 But, these people, they adopted us into their show family and it's been the greatest thing to happen to my kids. Not many people are aware of how broken my little girl's heart was at 8 years old, but at 8 years old is when I started to watch her heal. She was adopted into an actual family and into her show family and I've watched her be surrounded with more people than I can count who genuinely care about her.

The show family thing - it's real. It's a real family where we love each other, we get upset with each other, we cheer each other on, we compete, and we take care of each other. It's pretty lucky to be born into love. Being adopted into love is everything.

This year we wanted blue ribbons for her more than she knows. I've prayed my heart out for ten years of hard work to pay off big for her this year. And, while it seems like things aren't going exactly like we wanted, I look around and I see all the ways this past decade has rewarded her in ways so much bigger than ribbons.

I see her fixing the younger girls' hair before they show. I see her fervently cheering on her brother and sister. I see her at the sale, even though she didn't make it in, helping other people in the background. I see her congratulating others, smiling through her losses, playing with all the younger siblings, and setting such an amazing example for the kids who are looking up to her. 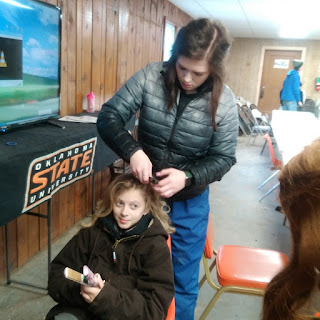 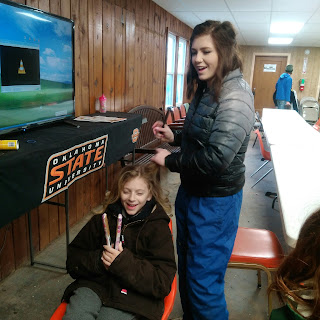 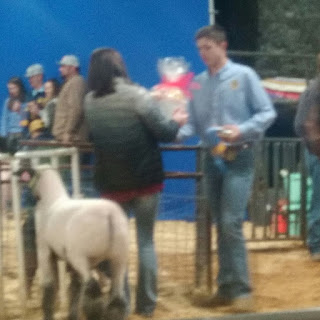 It may sound like I'm just bragging on my daughter right now, but that's not my point. My point is that I'm so incredibly thankful. For my children to be loved is one of the deepest desires of my heart and God has shown up big on that one. My oldest two kids have been adopted - by their dad, by his family, into God's family, and not least of all by their show family.

We are almost to the end of my oldest daughter's show career, but her life is just beginning. We have 2 weeks to go and I hope they go amazingly for her. The fact is, though. She's won either way. She's learned life lessons from showing and all these people around us have helped teach her. If you are one of those people, thank you. From the bottom of my heart, thank you for helping shape and mold my children. Thank you for loving them in these barns. Thank you for cheering my girl on, thank you for being there anytime I couldn't, thank you for the part you played in healing her little girl heart even though you didn't know you were doing that all these years. If she has turned out well, you have had a hand in that! 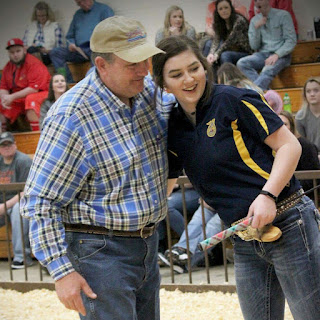 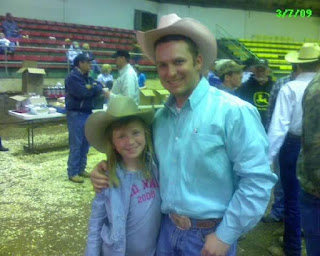 Thanks for adopting this mom and her two kids who didn't even own a pair of boots back then. I never would have dreamed it ten years ago, but it has made all the difference.

(As for that third kid, well... She was born in the barns and we'll see how she turns out.  I'm going to owe a bigger thank you when WE all get her raised. )