The number of times I've heard that phrase about my son.  "He's fine." It started when he was in the womb.  At 26 weeks gestation my body went into labor and it was one of the scariest moments of my life.  I hate to admit my prayers for this baby did not start until then, but at that point in my life I was praying about so many other things.  In the ambulance ride to another hospital I remember wishing the EMT would not talk to me anymore because I desperately needed to just pray to my God to save my boy from anything that might come with being born into the world so early.

I remember lying in the hospital bed that evening, such a scared little barely 23 year-old woman.  The doctor came to talk to me about the Ultra Sound they had performed earlier.  He told me he was a big boy and even if they couldn't stop my labor, he might just be fine.  They did stop my labor.  With some divine intervention, I believe.  And then as time went on I started to get so huge and so uncomfortable; I knew in my gut things weren't okay, but no one would listen to that oh-so-young new mom back then and I was not assertive enough to make them!

Bubba was born at 11 lbs. 2 oz.  He was born with a broken collarbone and cried for an hour.  I later was told by a maternal fetal expert that most likely his collarbone was broken in the womb.  When they FINALLY brought him to me at about 3:00 in the morning, the nurse handed him to me very carefully.  She said, "He's fine.  You'll just have to be easy with that side for now.  He's sore."  (This was after they got him some diapers and clothes to fit him from pediatrics because nothing they had in the nursery would work!) 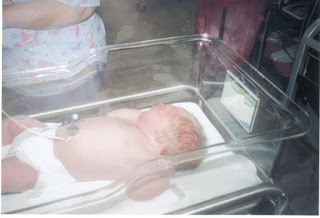 Bubba's first ear infection, at 2 months old, was discovered only because I saw goosebumps on him, not because he cried or acted like he didn't feel well.  He would sit through immunizations without even flinching.  As his mother, I felt the concern welling inside my gut.  Surely he should be upset when he runs into a wall and has a goose egg!  (It happened a lot to him)  Everyone thought he was so cute, though.  He was so chubby and charming - they would marvel at how "tough" he was.  As a toddler if another child bit him, he would just sit there and look at him.

At age 5 he still had not shown any preference for a dominate hand.  His fine motor skills were lacking from where his older sister was at that age.  I was told not to compare them.  He was fine.  I was told that he was just a little "lazy."  One teacher told me when she was testing him, he would lean on her a lot.  They thought he just didn't want to do the work. 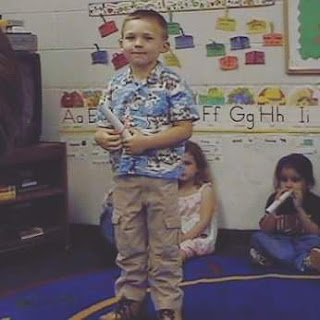 Through my early childhood career I started to learn things.  I was in a session about "Sensory Integration Dysfuntion" at a NAEYC conference one year and as I sat and listened to the presenter, I felt like she was speaking to me about my child.  Suddenly everything started to click!  I walked up to her after the presentation and asked her if they knew what caused this.  At that time it was still being studied, but she said one thing they were seeing as a common denominator was traumatic birth experiences.  I left that conference with such a reassurance that I was not just an overly anxious mom.

I took my son to the health department for developmental testing, feeling sure they would be able to help me with this!  After his testing, the specialist said, "He's fine, Mom!  He is so intelligent.  He does have a little bit of a delay in Fine Motor skills, but you know what, he is so smart I bet he understands what fine motor means!"  I was dumbfounded.  I had never doubted his intelligence.  However, the fact he was testing out on a 3 year old level in fine motor skills at age 5 and a half confirmed what I had concluded through all my own research.  He was struggling with sensory processing. 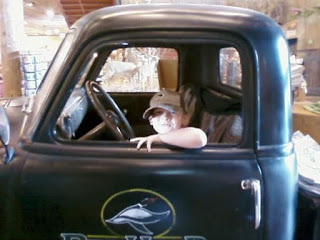 I would challenge everyone to put on a big pair of gloves and go about your daily activities. Things like writing, tying your shoes, and buttoning a shirt, would become quite difficult. That is how my son goes through life; he doesn't feel things with his hands the way that most people do. He doesn't register the sensations like we do. A lot of times it is hard for him to register exactly where his body is in space, therefore if you are standing next to him there is a good possibility he is going to be touching you. He may lean on you, but he is not lazy.  Bubba is actually the furthest thing from lazy I've ever seen in a kid in my whole entire life.   He needs sensory input to understand where his limbs are at.  I think it is part of why he really loves leading a big 1,200 lb heifer around a ring.

Here is the problem, though.  If that 1,200+ pound heifer steps on his foot, he is going to keep showing her.  Just like if he gets a concussion in the middle of a football game: he will go back out and keep playing with no complaint. I worry about him! I worry about him all the time. I worried about him when he was 10 years old and still not able to tie his own shoes, and I worried about him so much as we started trying to work math problems and he was trying to copy things off the board.  He couldn't write fast enough to do it, and when he did write fast enough you could not possibly read what he had written. 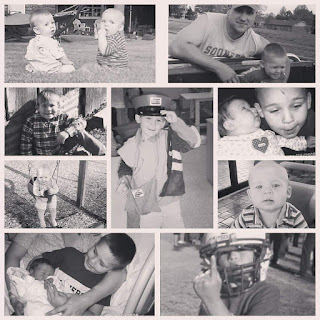 When he was little, I learned about joint compression to help regulate him.  At home we spent years doing things like thera-putty and writing in shaving cream instead of with a pencil to help him learn his letters in a way that was not so frustrating for him. I've bought him pencil weights to help him have a better idea of how the pencil feels in his hand, we've gotten paper where the lines were raised so he could more easily sense we're to stop his letters. Still, somehow, as his mother I felt like surely there were other things that I could have done to help him. 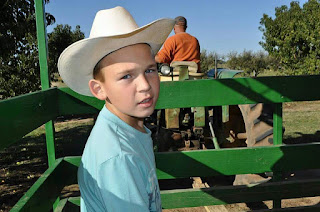 My son loves showing cattle. He loves it to the point of near obsession. For years I have watched him show his animals, and for years I have been able to see (when I'm sure no one else could) the way his proprioceptive sensory issues have affected the way he moves in the ring. I've seen him bump up against his calf, I've seen him not hold her head up where she needed to be, I've seen him get overly aggressive with a show stick, not realizing how much pressure he's using.

Last month I watched my son walk out into the cattle ring at our local Livestock Show, and I'm telling you he looks like a different kid. He won Reserve Grand overall heifer, and that was really amazing! However, when he went back out to show for Showmanship and won intermediate showman, the tears immediately started flowing out of my eyes. I had to walk out of the arena because I'm sure everyone thought I was crazy if they saw me. Watching him win Showmanship meant more to me than probably most people will ever know. When I saw that 14 year old boy get chosen by the judge for best showman, I also saw my five year old struggling to button a shirt. I saw my ten-year-old with his shoelaces untied because he just couldn't do it by himself. I saw the little boy who I know got in trouble because he ate his food so sloppily, and left sticky hand prints all over because he never could tell when there was something on his hands.  I see that little boy trying so hard to please everyone around him with his waistband all bunched up and his shoes forever on the wrong feet. 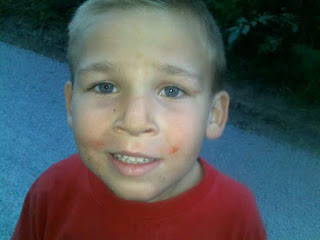 I am so very thankful for livestock showing. My son works incredibly hard at this, and he is seeing success now. This is something he can find success in, not just based on his natural ability, but because of how hard he is willing to work.  It has taught him that perseverance coupled with just the right amount of grit can accomplish anything you set your mind to!  Whether anyone can see it or not, he usually is working twice as hard just to make everything go the way it should in that ring.  I've worried about him over the years, but as I look at pictures of him showing this year, God speaks to my soul. He whispers to me, "He's fine." And, I believe it. I've watched him struggle; I've watched him have to work harder than most people around him, but I am not upset about it anymore. Having to work harder has made him a better person, and I love the person he is. 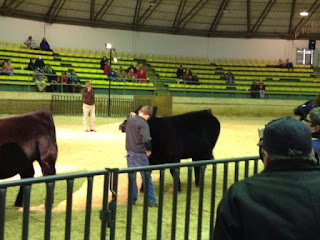 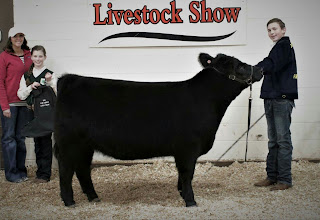 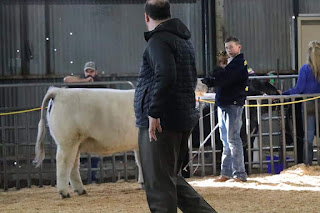